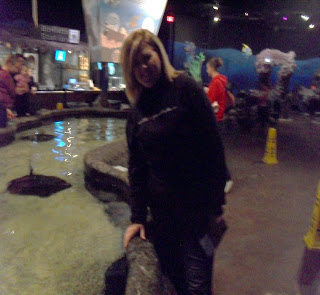 There was no way that I was going to get out of bed after I flipped on my Weather Bug app on my phone this morning.  Heber Valley - Provo River...  -8 degrees.  Burrrr... I have fleece and great gloves, but 15 degrees above is where I draw the line.  Anything less...well, the fish won't be biting anyway.  So, while tossing side to side, I knew that a back up plan had to be in the works...and it had to have something to do with fish. Not laundry!!! I have been wanting to check out my "neighborhood aquarium" just a few miles down the road.  There have been quite the crowds patrons there since it opened and now I know why... The Living Planet Aquarium, is AMAZING!!!  Yes, the stingrays were awesome to touch at the petting pond, but my favorite was actually the... 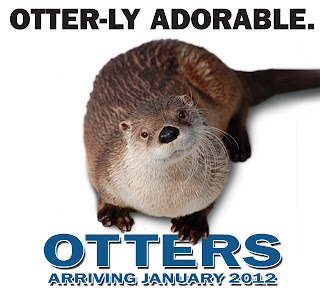 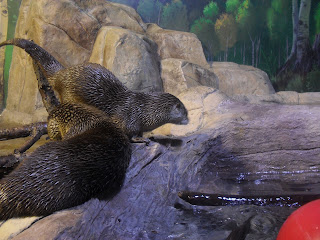 OTTERS!!!!  They are so much fun to watch!
I have seen a few river otters along the Weber River here in Utah and on my journeys out of state as well.  But, watching them behind the glass today gave me a little more of an idea how silly and humorous these guys are.  They love to play!  We saw quite a show...I found out that the North American River Otter is the only river otter found north of Mexico. Its luscious pelt is waterproof and helps keep it warm.  The river otter will settle in a location with sufficient coverage, usually vegetation or physical structures, such as rock piles.  And that is usually where I have seen them; behind an old tree trunk that has fallen over in the river. 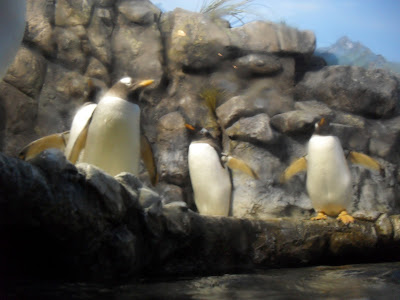 Next, my friends in tuxedos...I always love the Penguins!! 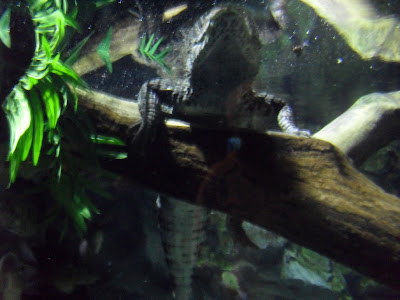 Then, there was this guy...A Dwarf Caiman (small croc) 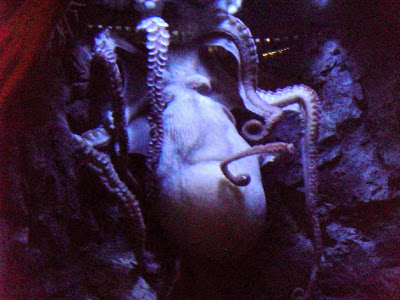 And this guy was up in arms...Mr. Octopus scratching his nose! 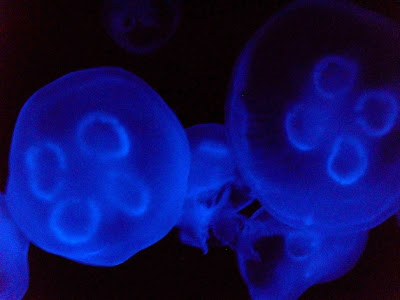 Jellyfish are way cool...more so behind glass instead of under your foot! 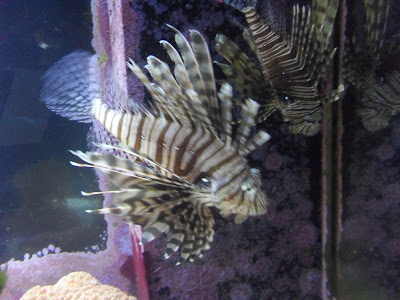 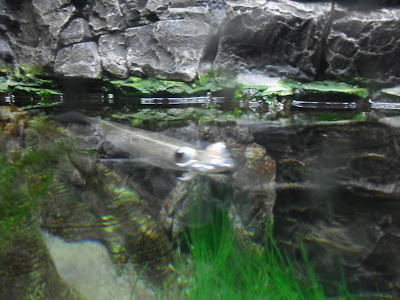 The Four Eyed Fish...it swims along the surface using one set of eyes, each with two sections!!
It can see above and below the water...cool!! 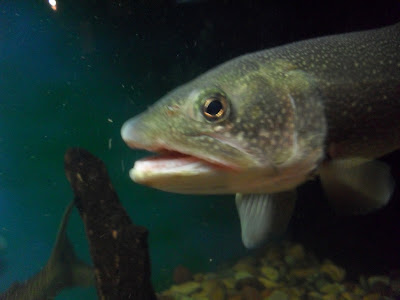 Yep, even some familiar faces...many different species of trout 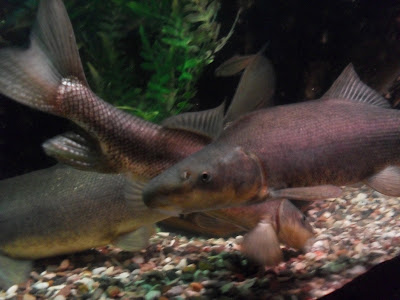 And a few suckers!!! 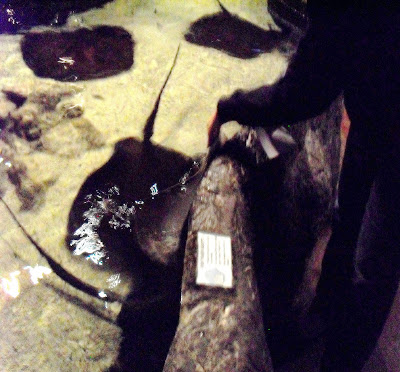 All in all, it was a great way to spend a cold day inside with a few friends from the outside.
And shaking petting a stingrays wing... : )
I am so glad that we can patronize these incredible Aquariums.  It is one way that we can learn to respect, observe and understand the complexities and importance of freshwater environments, rain forests and the world´s oceans.  It's an incredible adventure...Check one out if you have one in your area!
Last but, not least...one picture for Jay...
Yes, our lovely King Snake! 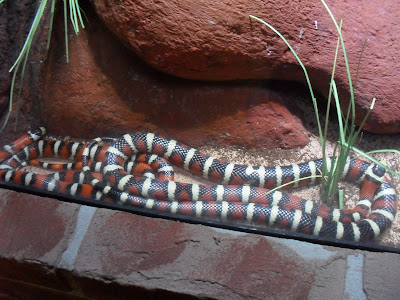 Posted by THE RIVER DAMSEL at 8:13 PM