What's better than a five day fishing trip through Wyoming, Idaho, and Montana?  Not much.  At least in my book.  Fly fishing dreams come true on these kind of adventures!  I took a bit of a detour going through Wyoming to get to Island Park, Idaho and then Montana... but, you only live once!  So, it began... 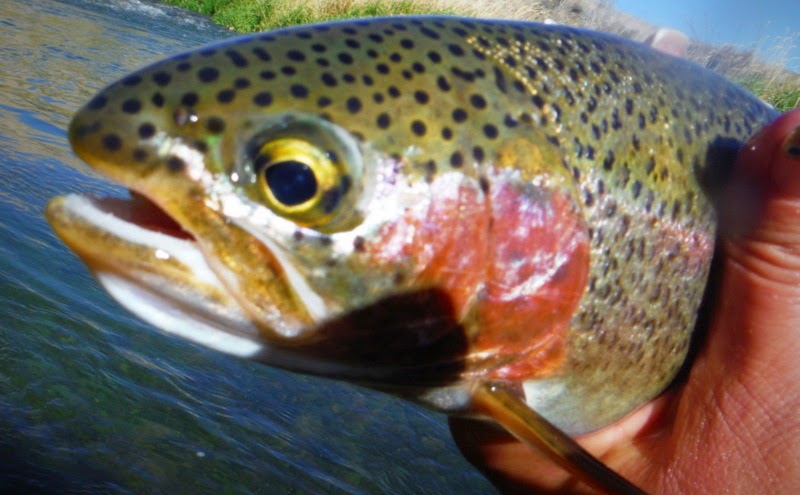 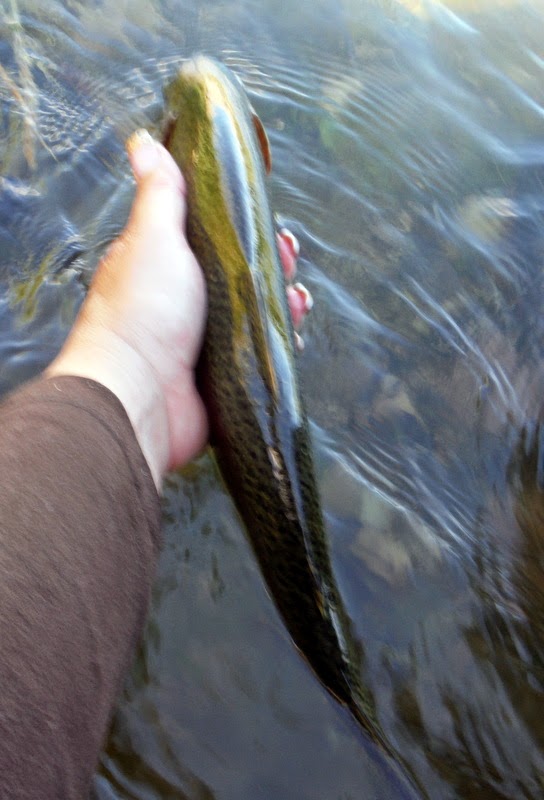 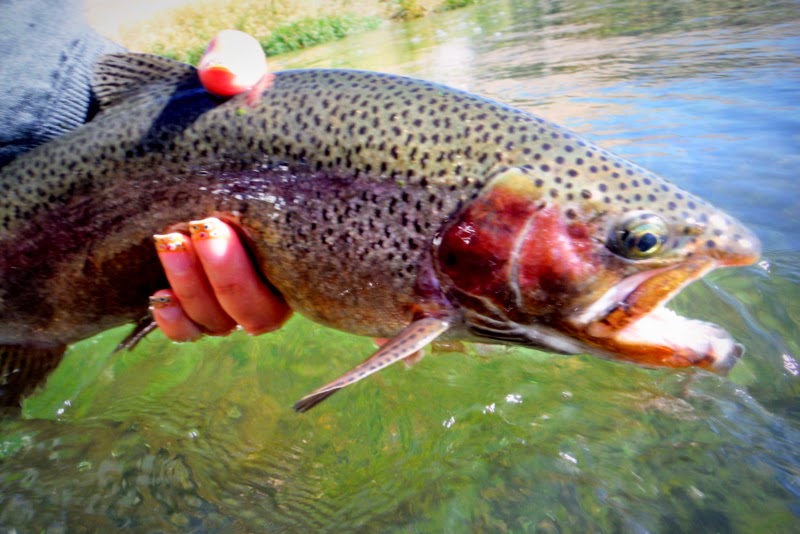 It was an amazing first day, with a lot of pink stripes in the net.  Enough to have me looking up hotel numbers to stay an extra day.  Which I did.  The fishing was red hot.  And I was a happy damsel.  = ) 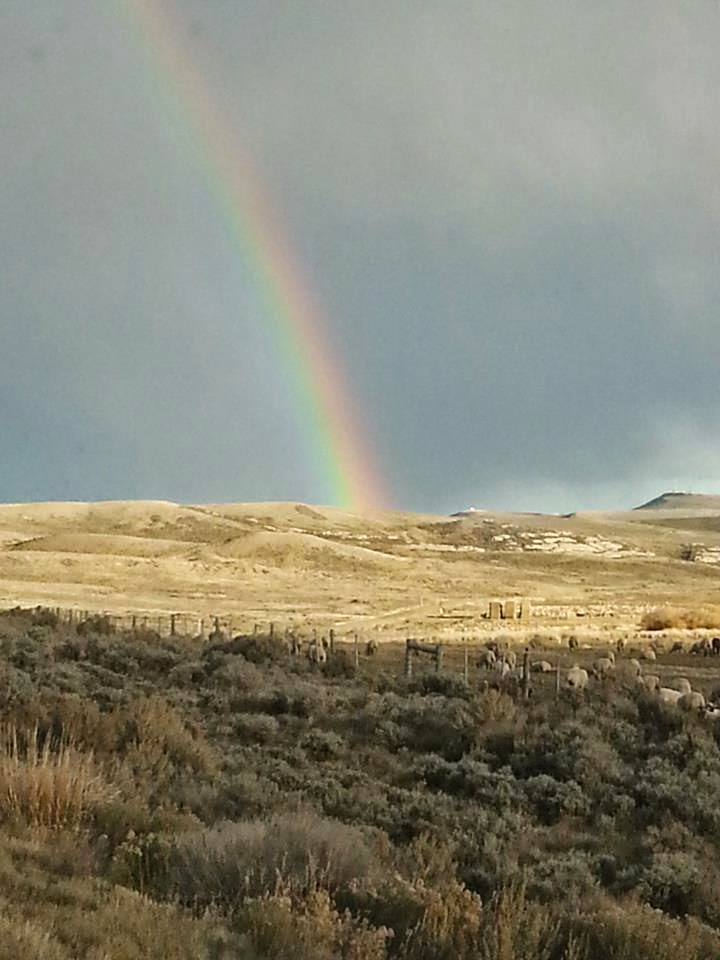 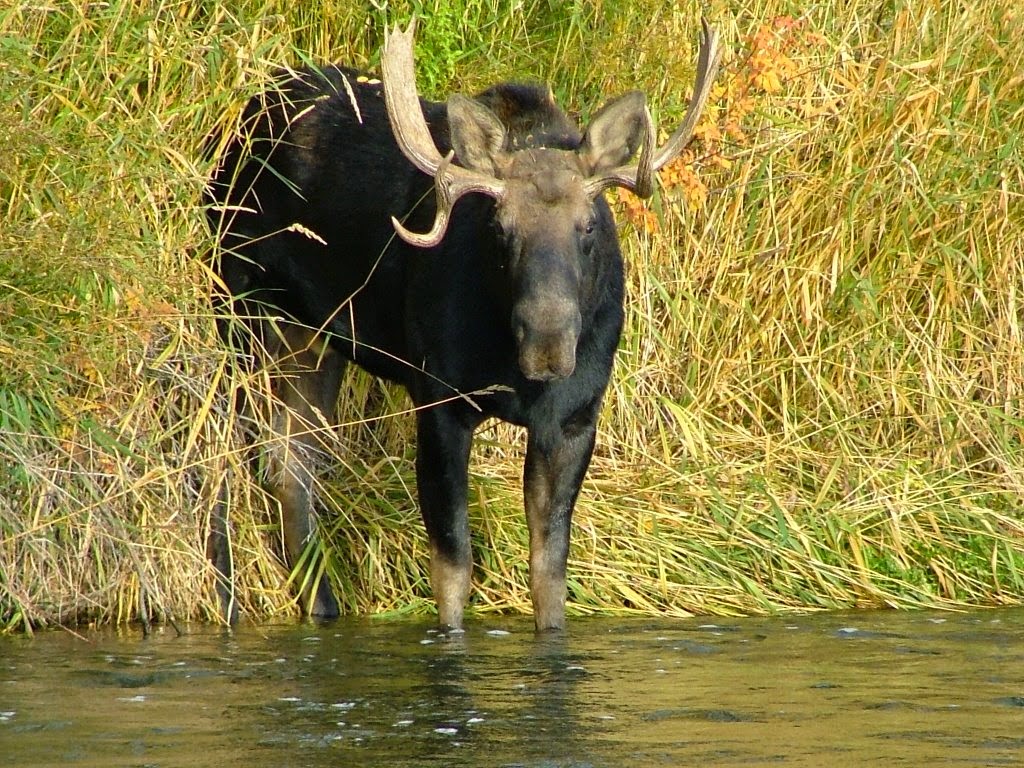 And Marley Moose even told me that I had to come back.  Can't you tell?  Haha.

Day 2 started much like day before.  More rainbows hitting on anything I would throw out... You can't ask for more than that. 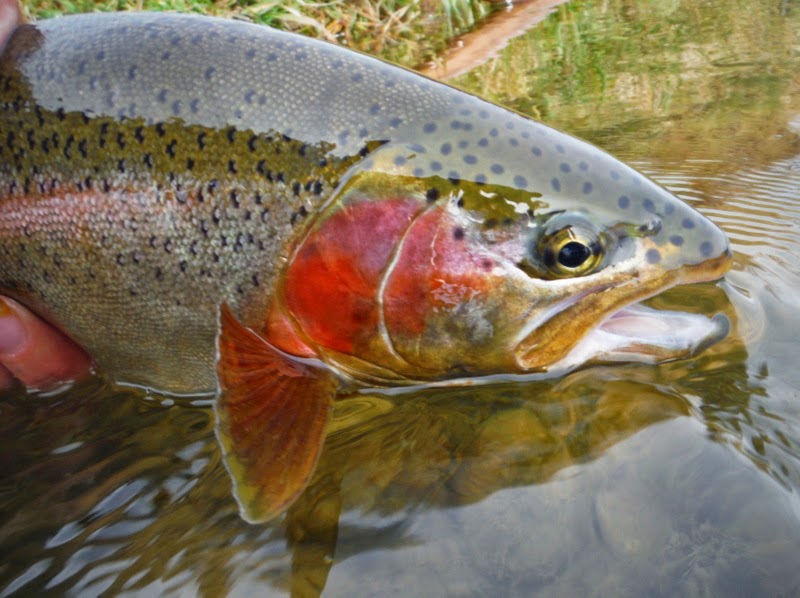 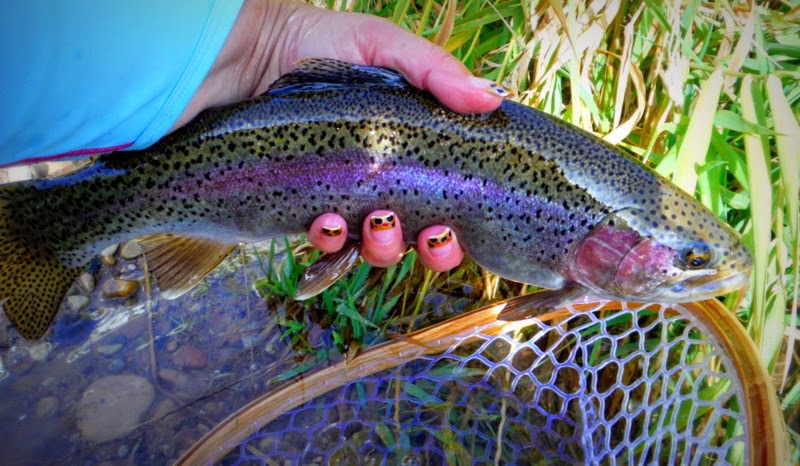 It was a day that I wanted to pinch myself.  I don't have that many days like these first two of the trip.  But, it was time to move on.  More adventures and new scenery is good for the soul. 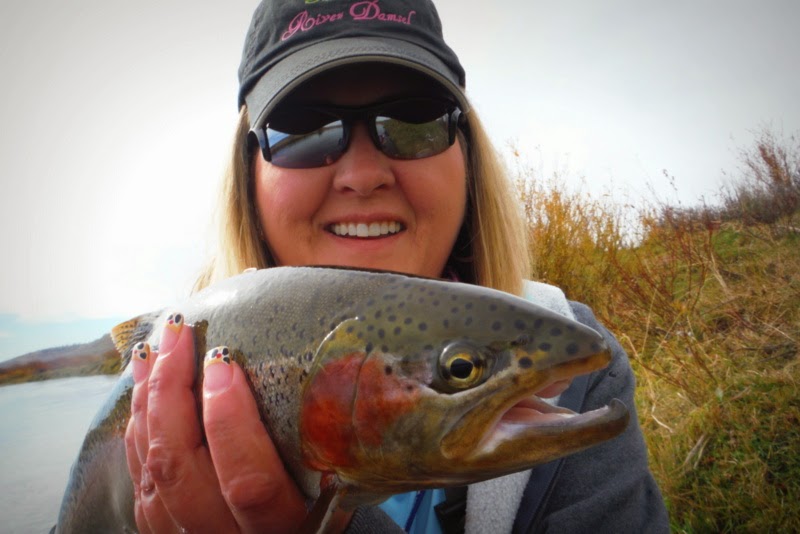 It was one of the most spectacular drives that late afternoon that I have ever had.  Bright and bold fall colors. 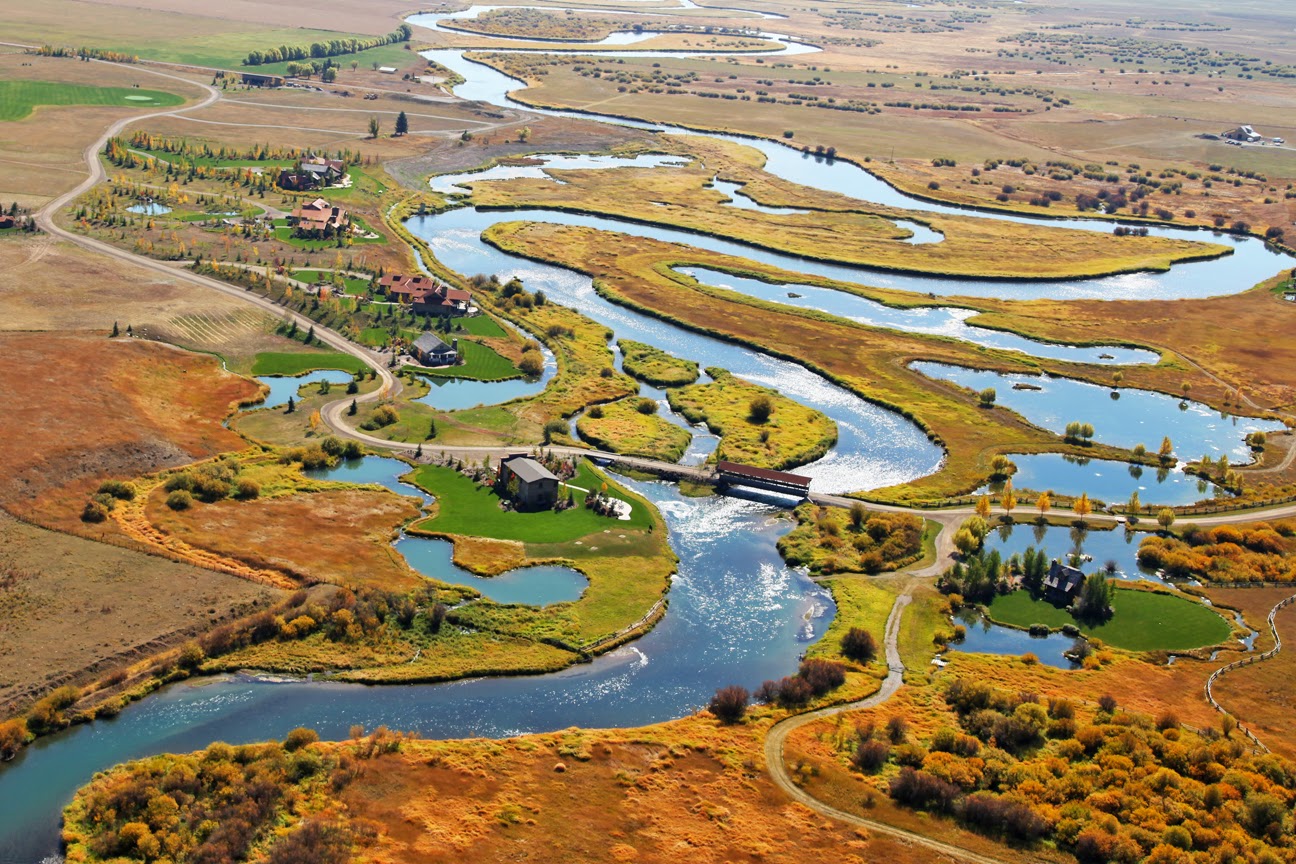 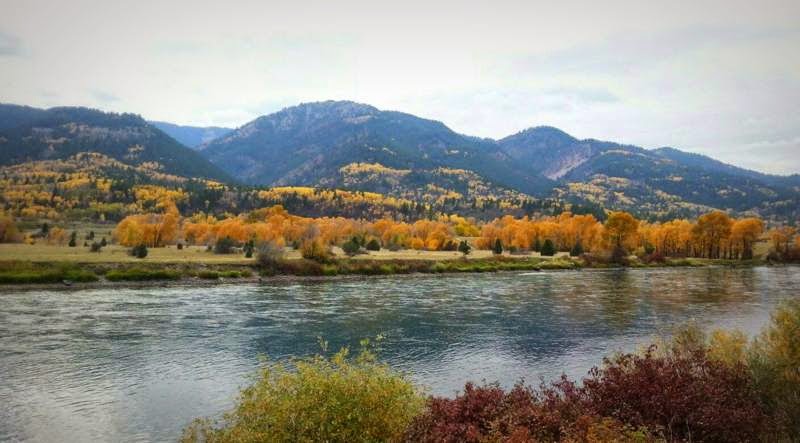 The South Fork of the Snake River

So, a tired damsel found her way to Island Park, ID.  I had a nice reunion with some close friends and when I woke up the next morning, the cold front had moved in.  Oh yay!!!  It was time to hit the Madison River. 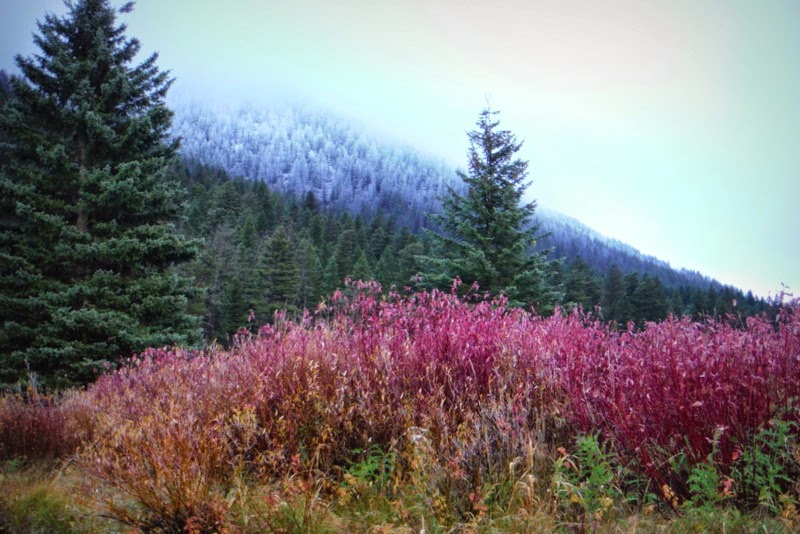 Well, you know that a few snowflakes aren't going to stop me from fishing.  Right?  It was bitter cold, I won't lie.  I don't know why I felt the chill through my bones this time.  Maybe because it was the first cold day after a nice summer.  It sure made for a beautiful picture though... I love Montana!!

As temps and barometer changed, so did the bite of my little friends.  So, after a few in the net, I called it a day. Yup, more rainbows! 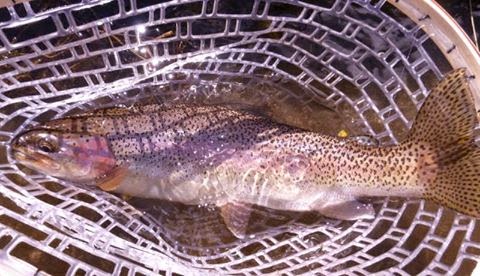 It was time to head back to Island Park and get ready to do some lake fishing for the next few days.  (Something I never do, so it was kind of a treat)   Part 2 is next up.  There's just not enough room for a 5-day report!  = )
Posted by THE RIVER DAMSEL at 7:30 AM 6 comments