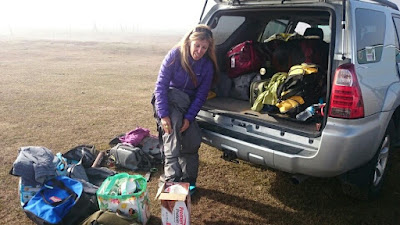 Fly fishing brings so much joy to my life.  Sure, I could stay home and do more laundry and more cooking.  Huh?  Are you serious?  Well, when friends from out of state want to meet up, I drop everything... just temporarily.  = )  You see, my visitor was looking forward to fishing some new water.  I wanted to give her a little taste of some of my favorite riffles that hold some beautiful fish.  We would start the day... well, unloading!!  I brought another buddy of mine along, Joe.   He is one of the most knowledgable flyfishers I know.  Those two hit it off like old buddies.  Heather is on a whirlwind month long trip to visit friends from many western states and fish.  You can imagine what packing for a month looks like... Actually, I was amazed how orderly it was.  There was a system!  Haha 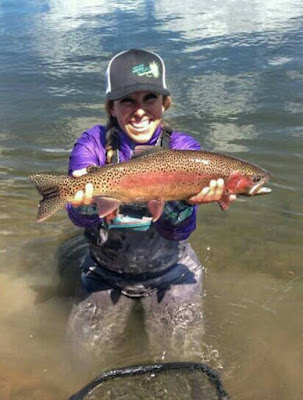 Heather is an seasoned angler.  She started a women's fly fishing group in WA., Spokane Women On The Fly.   She is quite accomplished in catching steelhead.  But, our day would be full of the other kind of rainbow trout.  I love this gal.  She is always full of smiles.  We have fished several times though a facebook group.  I feel very lucky to have had the opportunity to share some good times on the water with her.

One catch after another, we hauled 'em in.   Then, watched them swim back to where they thought was a safe place.  = ) 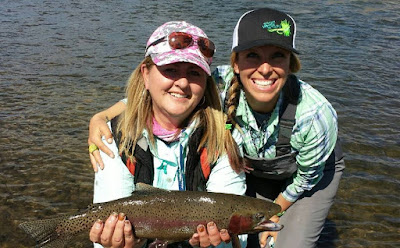 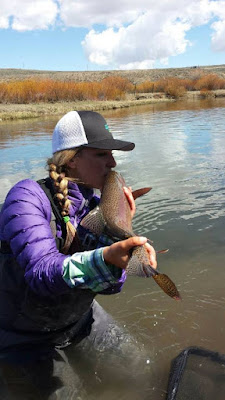 We had a killer day, but we would still have been full of smiles if we hadn't caught as many...  Laughs are worth a million bucks. 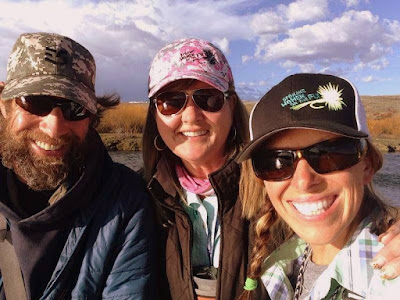 Just remember that housework will always be there... 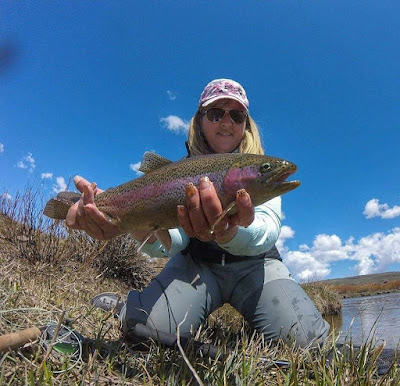 But, the opportunity to spend some fishing time with a visiting friend is now. 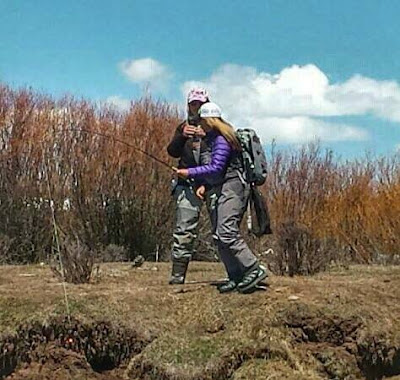 Sometimes reminder lists are not so bad.  Whether they be grocery lists, to do lists, or travel lists.  My memory isn't what it was five years ago.  And when I got in a hurry a few days ago to get a few hours of fishing in before a doctor's appt...  Well, I forgot something.  And something that would be very important to a fly fisherman.  The waders!!  Yikes... The cold water from the dam would be felt through my wet wading pants for summer months.  April in Utah is still darn cold. 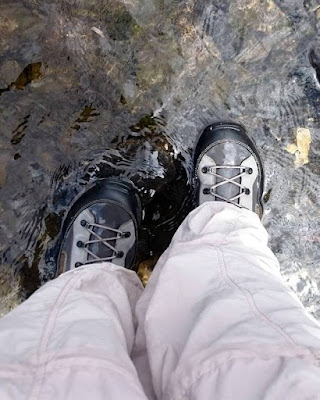 But, it was too far for me to go all the way back home, so I suited up with my wet wading pants and boots.  A couple steps into the brisk water would teach me a lesson.  I told myself that I would stay for just one hour.  Catch a fish and call it good! 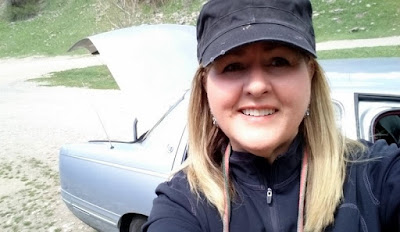 Me, thinking that this is going to be a short stint...

So, I start walking down the path of no return (to get my waders) and I come upon this older gentleman, who is just getting ready to cast a fly into the water.  I tell him that I won't be there too long.  After he hears of my predicament, he offers me two "money" flies for that river that should get me that fish quickly, so I don't have to chill too long.  I already have my setup to start off with, so I tuck these flies away for the next fly change.  Well, I was lucky to have at least my sows that I tied the night before.  I had put those in my purse.  But, my clippers, forceps and two containers of the bugs for that day were in the wader pockets, miles away.  No need to fear.  Boom!  And another boom!  Well, he was amused.  I gave him my sows for him to try.  And gave him my spot as it seemed to be the "hot" spot for the time being.  A couple minutes later he had a nice brownie.  I caught a couple more and decided that I would like to feel my toes again.  Haha!  So, I left for the doctor visit.  But, what a great morning with a new friend and a great fishing companion.  Thank you, Don!  My last fish was on the fly that he gave me. 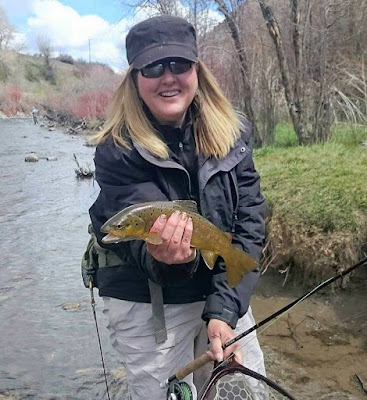 Sunday Tippet ~ So, moral to the story...  You can make the best of a bad situation.  But, it is always better to be prepared so you don't find yourself in that situation!  Right???  =  )


Well, I left you all in suspense about the contest that I was in last month.  You probably forgot about it by now...  I'm slow pokey on this blog sometimes!  = (  I was very fortunate to win among so many great contestants.  So much talent in this group of fly fishermen and gals.  Rob and I were the finalists and both had beautiful rainbows.  I only beat him by a point or two, so it was so close.  Thank you, Rob, for putting me on this bow.  He told me in the boat that it would be cool if I beat him with a fish that he netted for me.  A great guy for sure.  It was a lot of fun to participate in this event.  This was judged by the Castle Rock Middle School fly fishing club.  Thanks to them and their teacher, Nathan Moore, for putting on such great contest!

This was the meme that I made up, jokingly of course! 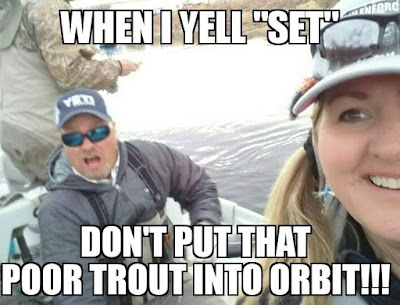 As you can see... We both had really awesome fish.  So much fun. 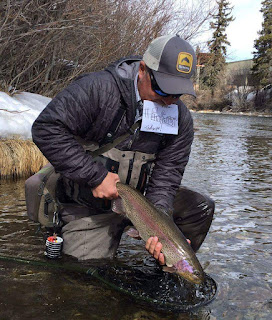 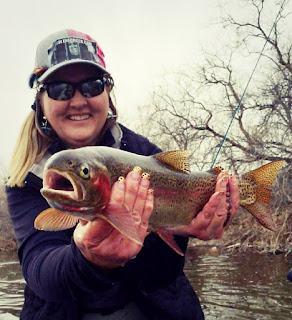 Posted by THE RIVER DAMSEL at 9:48 PM 8 comments