Prep Day Before The Frenzy 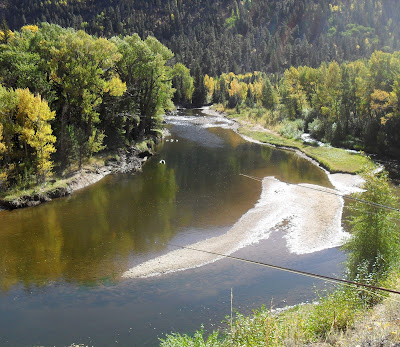 As I looked out of my airplane window going home, so many memories of the past few days flooded my head.  So many rivers in so little time!!  But, that is what a Rocky Mtn. Frenzy is!  Ok...several of the bloggers that attended have given us definitions of a Frenzy.  Well, to be honest, the only one that I know is this...Frenzy = FUN!!!  And that is what we had...and plenty of it.  Where else could you find Friends, Fish, and well...a little bit of Frenzy Fun!  Yes, we did quite a few rivers and streams and a lake in 2 1/2 days...But, I haven't heard a complaint yet.  We fished some incredible waters... And Stephanie and Dustin wanted me to see as much of the RMNP as we could and so we did! 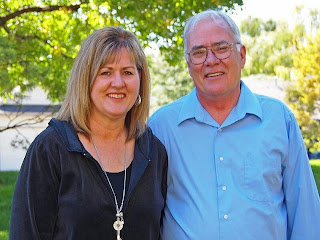 So, let's go back to Prep Day, as I call it! Flying in, getting settled in and visiting a very important friend. (VIF)  The one, the only, Rod (The Midgeman).  My anticipation was great to finally meet the man behind the Czech nymph vise...I went straight from the airport to grab a bit of lunch with him.  I have to tease him here...I wasn't expecting the guy without his fishing hat, waders and boots on!  Ha.  I got the "primped up" version as I have been told that not too many get to see.  Nice dress shirt, cologne, hair combed and shoes shined, ever so nicely.  Was this the Midgeman???  We had a great visit.

﻿﻿
And after lunch...I was treated to a private casting lesson in his yard...and did I learn quickly!!  Never bend the wrist.  Or you might get a rubber band attached from your wrist to the rod handle.  Yep!!  After he showed me about 20 different ways to cast your line...even some kind of western swing thing...we were off to the Poudre River.  Rod had me follow him there and then showed me around a bit.  Then, he was off to check his wife into the hospital for surgery.  I am sorry that the other bloggers didn't get to visit with him this round...I spent an hour and a half at the river with two on and two off...kind of hard to swallow that last loss...it was a very nice fish.  But, on the bright side, my casting was now 1/3 longer in distance and more on the money than ever before.  Thank you Rod!  Next year...we will fish the Poudre together...because it is a little bit of heaven on earth.  Do I ever love this river!  Perfect pocket water and nymphing runs... 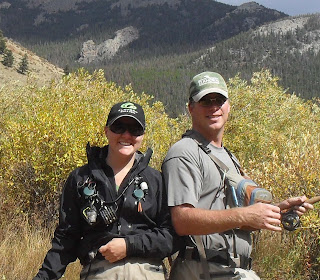 Finally, I arrived at Stephanie and Dustin's place...they were so nice to have me as a house guest...I was greeted by the whole clan at the door...Steph, Dustin and their three furry friends...two labs and a german shepherd. Where else could I get a few doggie kisses each morning as I woke up...haha.  They all made me feel very welcome and another big "thank you" to them for their hospitality and expert guide service. These two have the most amazing relationship.  They have so much respect for each other and how they love the outdoors and it's many opportunities for them to share time together.  It was going to be great to get to know them better.

As I unpacked my bags and sorted my gear out for the next day, my excitement was such that I wasn't sure if I would sleep much or not!  What would this Rocky Mtn. Frenzy be like?...Everything that I had hoped for and more???  Oh, yes...you could say that again...