There’s an old saying that “timing is everything in life.” Many times our choices in life are considered either good or bad based on timing alone. From a simple joke to major life decisions, timing seems to impact our every move.  Well, timing certainly played a part in my last fishing day.  It was a cloudy Labor Day. The forecast called for 50% rain.  I fell rolled out of bed at 5 am and was out of the driveway at 5:30.  Now, I normally start work at 6 am, so I wasn't really excited about missing out on sleeping in on a holiday!  But, it was a front of a front and the barometer was telling me to go.  So, off I went.  I watched the sun rise at 6:50 am and the first cast was shortly thereafter. 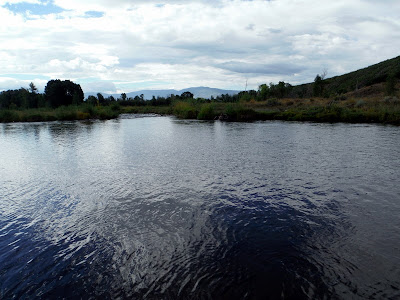 I had my new camera with me and I was anxious to try it out.  I was also carrying my cell phone with me in my Simms waterproof pouch.  Now, I haven't carried it for awhile now, since I have dunked it a time or two or three.  But, there was a slight chance that my son, Ryan, might be calling me from the airport on his way to his new home away from home in Arizona on a church mission.  Ok.. So, I just said goodbye to him about 12 days ago at the training center.   But, it was another chance to hear his voice before the long wait for the Christmas phone call.  About a half hour into my casting, a barracuda brown trout went deep with my fly.  Precisely, 5 seconds later, my phone rang.  Timing.  Isn't it grand?  Here I am holding my fly rod with a pretty strong fish at one end and struggling to get my phone out of a zipper lock bag with my other... Ahhhhh!!!!  As I finally brought out my phone, the phone went silent.  (His dad would get the next call.)  All I can say is that I have a very nice voice mail that I can save for the next two years and replay when I want to hear "I love you, Mom"!!   (The good side to this story.)  Here is the culprit of the lost call... 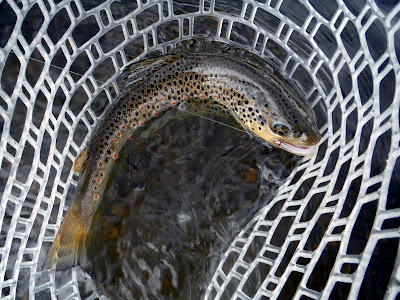 Is he laughing?  Yeah... probably. 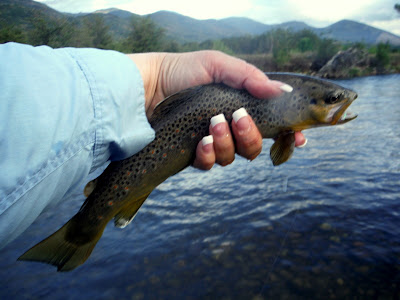 Then, a few more in the net... I was wondering where all my luck was coming from!  I had gone to the long run where I have the most problems.  It isn't an easy place to fish, because it gets so much traffic each day.  The fish have seen every fly and every set of feet.  So, being first on the water gave me an advantage.  And I had read a fishing report that said to throw some different bugs at these fish than the usual ones to throw them off.  Well, that report was dead on.  I didn't go with the hatches of PMD's and Caddis.  Throwing everything from Prince Nymphs to Rainbow Warriors
to Midges. 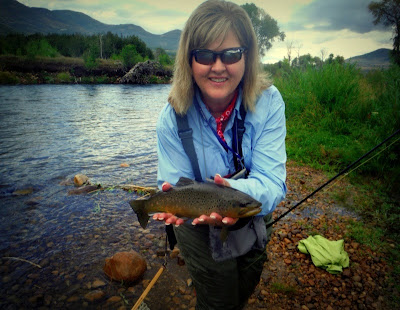 "Hey, would you mind taking a picture of me and my brownie?"  Yeah, the guy next to me now, looked thrilled.  (He hadn't caught anything yet and I was feeling rather badly about it)  But, he came over to help out ol' RD...  I asked him if he wanted the nymph that I was using to tag behind his dry... but, he shaked his head and said "no thanks".
(Not a wet fly believer... Oh well!) 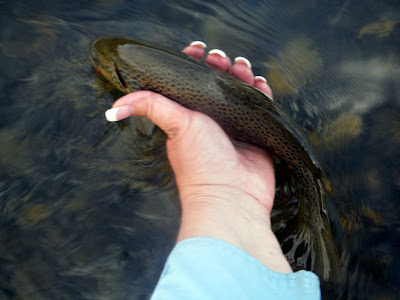 My smallest brown, which wasn't too shabby. 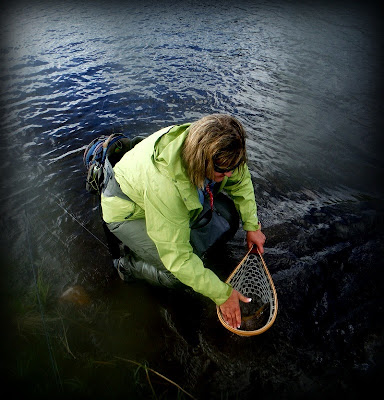 Well, it was an incredible morning to say the least.  The rain came and drizzled off and on.  The fish weren't rising all that much, but they sure liked my menu of bugs that I bounced off the bottom of the river...  = )  I was meeting up with a couple of new fishing friends and by the time they came, I was extremely pleased with how things were going so far.  They were both pretty new to fly fishing (about a year or so) and they were interested in my bug selection and my set up of my line.  I had my fun already, so I helped them out a bit and we headed out to our war zones.  Fish on!  Incoming!  OH MY... 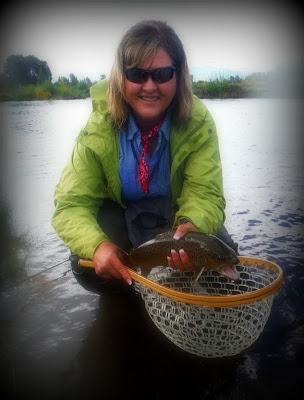 I didn't want to get too excited in front of them, but I finally got the fish that I have been looking for in this hole now for a couple of months!   Heehee.   So, there was kind of a victory dance lady like scream.  They were stoked too and loved this brownie.  It was cute how they were so excited for me.  Thanks, guys! 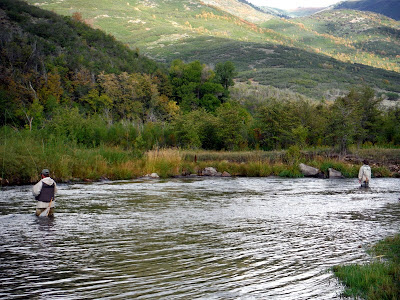 Back to our places. 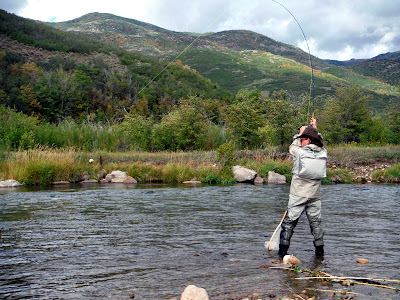 Ok.  That's what I'm talking about!  Getting it done on the Middle
Provo and catching the front of a front! 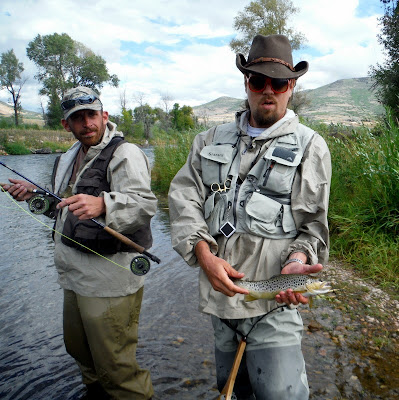 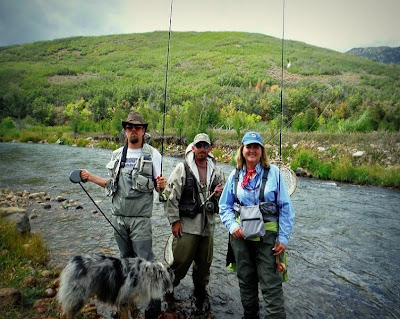 Merriam-Webster’s dictionary defines timing as “the ability to select the precise moment for doing something for optimum effect.”

Catching the storm at the right moment was exactly that.

The phone call... not so much.