Salmonflies And Strawberries... The "Bachelorette" River Adventure, Part I

Idaho.  Five flyfishing women.  A surprise bachelorette party on the river.  What more could you ask for to have a good time???  How about tossing in some salmonflies and strawberries?!  Yep... We had all of that.


Rebecca and Rachel wanted to throw a little surprise party for the third member of the "Trifecta", Aileen, over at Flyfishing Ventures.  And they invited Patti, of DreamCastIdaho and good ol' RD too.  Adventure in every riffle?  Yeah, I think that you could say at least that and a little more... Well, would you expect less? 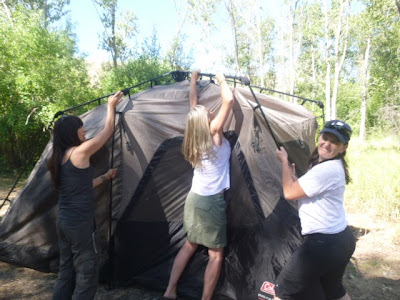 First things first.  How many flyfishing bloggers does it take to set up a tent?
Three, including one in a "skort"... Yes, it was also boat attire.  Don't ask. 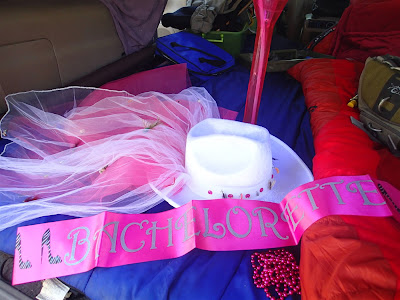 Then, RD took Aileen for a walk to look for bugs and places to fish, while the rest of the gang stayed behind to set up the "bachelorette surprise"! 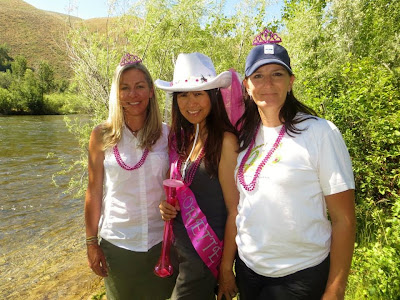 Gorgeous gals, eh?  All decked out with veiled hats with flies attached and little tiaras for the rest of the attendees.  And yes, we had to fish in them!! 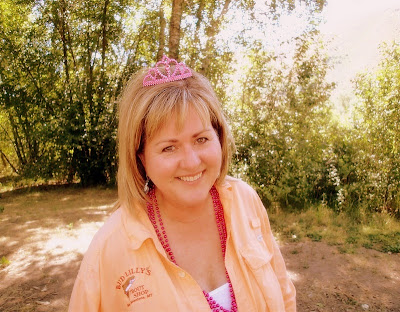 Even me.  Rebecca loved the way that the tiara stuck into my hair so perfectly.  What can I say... I have the Utah "poof"!!
Well, no reason for a hat today. 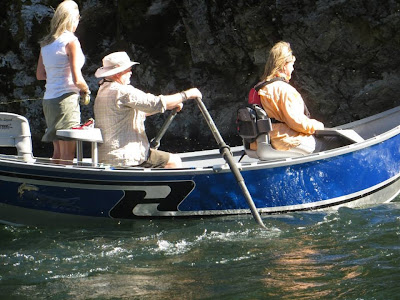 Geez... That tiara is giving me extra lift!!  Haha.   So, off we went... A big thank you to a couple of Rachel's buddies that volunteered their time to float us.  I had put in an hour or so of wading by the camp before the float and found some little friends... 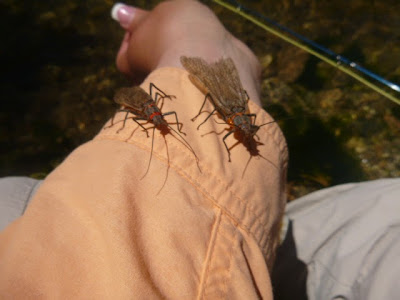 Let me tell you, this was the first time that I had actually been up close and personal with salmonflies!   Yes, I have seen them on the Firehole in Yellowstone... But, afar.  Oh, I was fascinated.  Then, after a few hours of picking them off of me, the fascination was over.  Ha.  Clingers!!! 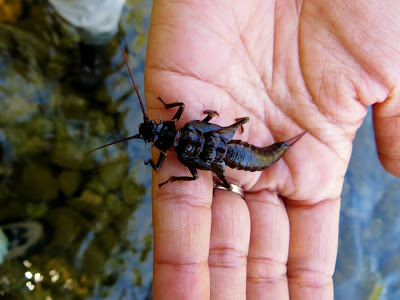 And big ol' stoneflies too.  So do you think that the fish were hungry?  No way.  They had so much food in and on the water with these huge bugs, it would be tough to lure them onto a hook.  Full bellies would
pretty much prevail. 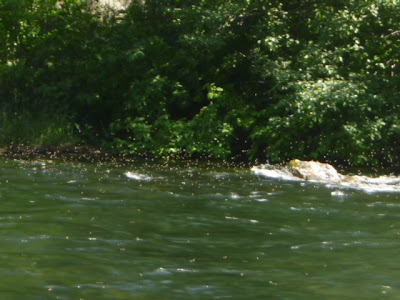 And if the big bugs weren't enough of a meal for the trout, we had the pink cahill and caddis hatches going...  It was a river feast.
Now, talking about feasting... 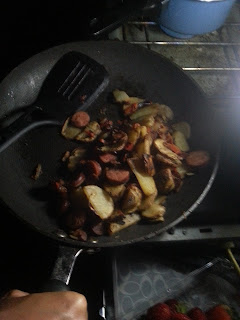 The day had come to an end.  Our afternoon drift was done.  A few fish in the net.  And I was hungry!!  No worries.  RD's cookies were there.  And Rebecca brought the dinner grub to cook up on her Coleman stove.  (She promised us that it wouldn't be anything special because she doesn't cook)  It was delicious!   But, we had one activity that had to be done beforehand.  In search of... branches, wire, whatever would work to get Rachel her keys inside the car.  = )  You should have seen her in action.  Like a sleuth.  She started with some finely crafted branches turned into almost car door openers.   I went down the path to fish a bit since I could see how determined she was to open it herself.   About an hour later, I hear a car alarm.  Oh good!   I guess that they went down the road towards another camp and saw a wire sticking out of a tree covered in overgrowth.   She cut it off and end of story!

The campfire was aglow, the party continued... until, this ol' gal called it a night.  I was dang tired after driving up to Idaho at 3:30 am.  So, I zipped up the tent and said goodnight.  Until the laughing and calling of my name would not stop!  The girls were into the melted chocolate, strawberries and whipped cream.  I was as full as a tick.  I hollered back, "No thank you!"   The good time outside the tent wasn't going to die down for awhile.  So, I finally got up and rejoined the party.   I told myself... just one.  Hmmmm... 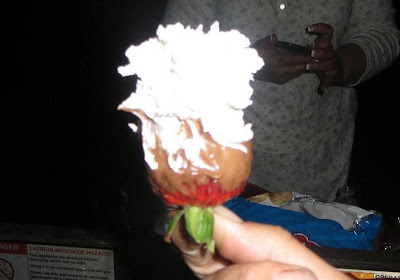 I can do without all the fluff... ugh. 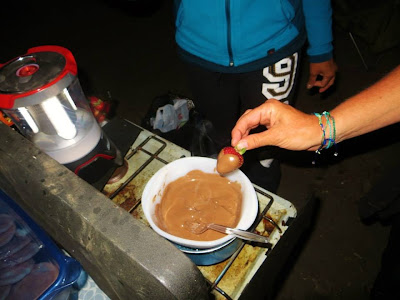 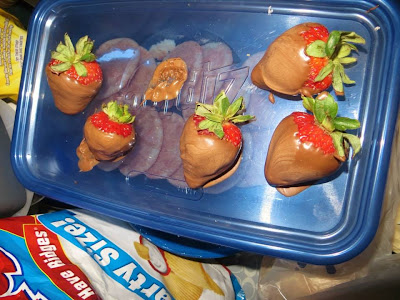 Totally evil, but good.  Thanks, Rebecca... 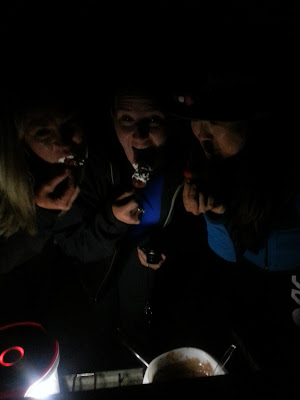 We cleaned up the mess and went to our sleeping bags.  After a little disco light show with our flashlights inside the tent, (are we teenagers?  yup.)  and Rebecca responding to turning on her flashlight in the truck (yes, she doesn't like mice), we settled down for a good (sort of) night sleep.  Bec was lights out too.  Then, I hear Rachel and Aileen whispering to each other, "Do you hear those footsteps?"  Next thing I hear is "chik, chik"... yes, I'm protected!   I look over to see two silhouettes in front of the zipped up tent that remind me of... Charlie's Angels.  Silence. 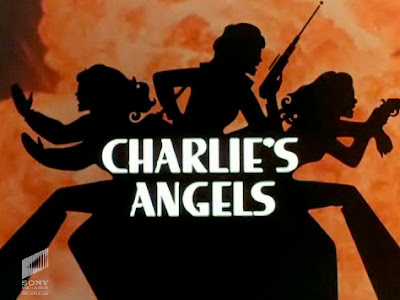