Sometimes you get lucky enough to rub shoulders with someone who is exceptional in what they do.  Definitition of an OG:  They are authentic.  Sometimes they are "Old school".  They are one of a kind.  I have been extrememly blessed to have fished with many of these OG's during my 10+ yrs in the flyfishing world.  I surround myself with good people.  Kind people. Fun people.  Honest people.  "Fish smart" people.  Most importantly, LOYAL people.  Those are just a few traits I look for when I make fishing buddies along my journey.  Let me introduce you to two of them. 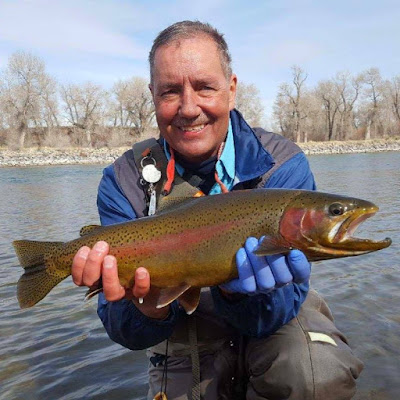 Meet John.  He hails from the great state of Wyoming.  The guy is a fantastic fly tyer and a true friend.  One of those guys that you love to be around because of his kind and genuine disposition.  He would give you the shirt off of his back.  Always willing to help out another angler.  He is the fish whisperer.  John knows how to hop around faster than I can turn my head to find him! 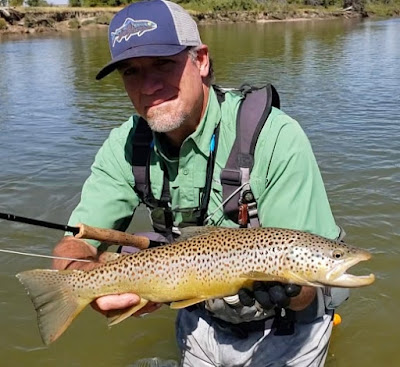 Meet Greg from Utah.  He loves the simple life.  He is good with a cup of coffee and a River Damsel cookie.  He is a true "major league" troutbum.  Early on the water and late getting off of it.  Sometimes he breaks for lunch.  But, not usually.  Mainly because he loves breakfast so much!  Haha.  You can find him at his fly tying desk creating new versions of his crayfish or crawdad imitations.  A wealth of knowledge about anything flyfishing.  He usually has the answer to my questions.  I have learned a lot from this guy and he has become a great friend who is loyal to the max.

So, the last year has been a great one with these two OG's in my hip pocket.  We have hit the western waters and caught and released a ton of fish.  New techniques in catching fish and tying up flies has upped my game.  I owe them a lot.  It's been a fun year.

This last month, The Fading Angler came through Wyoming during a business trip.  We were able to fish one day with John.  Chris had never caught a kokanee salmon, so we were able to get that done.  =)  He was way excited as he has had to slow down with his fishing because of a shoulder problem.  So it was good to get him out on the water.

River Damsel Cookies seemed to help with the pain.  =) 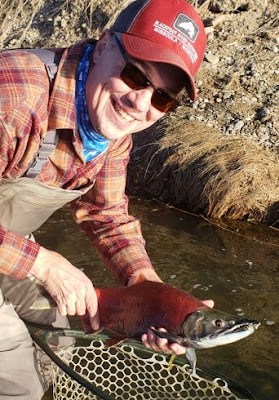 And a few rainbows for Betty Crocker to finish the day off... 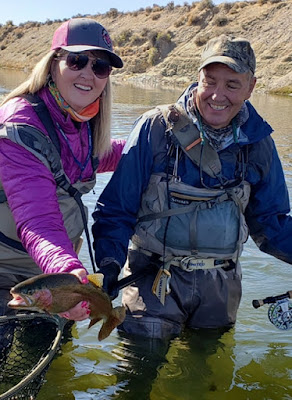 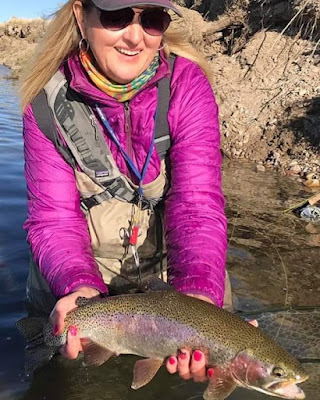 It's always good to fish with my flyfishing blogger friends too...
If you haven't been out to see me, what are you waiting for??? 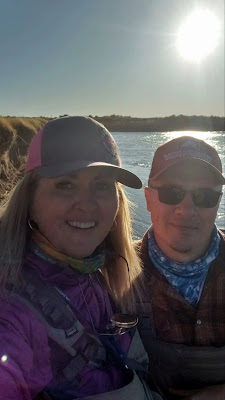 I had one more outing in October, but more about that later!  Stay warm out there.  Feels like winter is here in Utah already.