Also affectionately called "The Three Amigo" trip each year, this is a yearly return to one of my favorite rivers in Montana.  And this year, it was trout feeding on midges again.  The "three amigos" (RD, Maynard, and Ernie) had two extras come along on this year's adventure.  We will call them the "two habaneros" (or Lenny and Squiggy).  We had four fishing buddies and for a couple of days and five for a couple days.  It all worked out fine and we all enjoyed each other's company.  The camaradarie on the water is shown by taking turns in holes and us cheering on each other's trophy catch. Also sharing what was working and handing out flies if necessary. 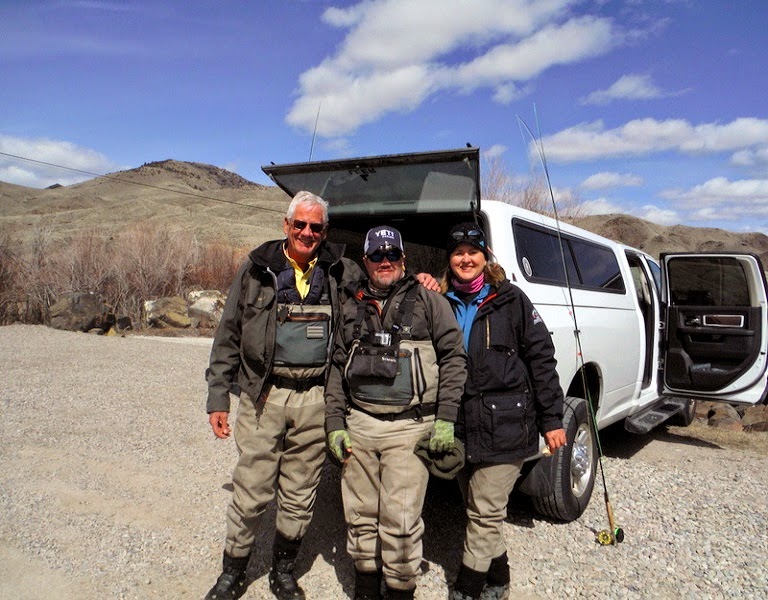 For five days, we searched and destroyed.  Another trip to "slaughter alley" proved that it was named that previously for a reason.  Although a bit slower in the catching than previous years, I held out hope that there were a couple big fish to be had.  And I was right.  Just have to be patient!!! 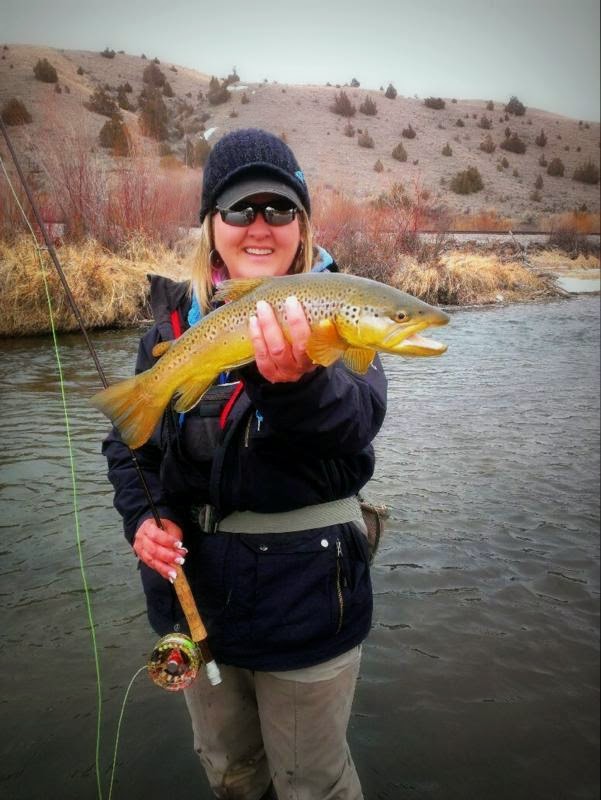 And RD is assigned the river lunches,  What was it this year?  Well, how about pastrami, corned beef, salami, turkey, swiss, havarti, and sourdough bread.  By the 5th day, I thought that we would be tired of all that, so I threw in some croissants and chicken salad... which turned out to be my personal favorite.  Throw in RD's snickerdoodles and oatmeal chocolate chip scotchies... and we weren't hungry in the least.  Oh yeah, turns out the guys don't like grapes.  We will have to change that up next year.  All in all... it was another great trip with lots of time on the water and braving the weather conditions once again.  WIND, rain, sleet... Just plain cold and grey outside.  But, that is March in Montana.  We persevered and fought against the odds of a poor barometric pressure reading. (Yes, I still do believe in the pressure system)  We just couldn't get it over 30. 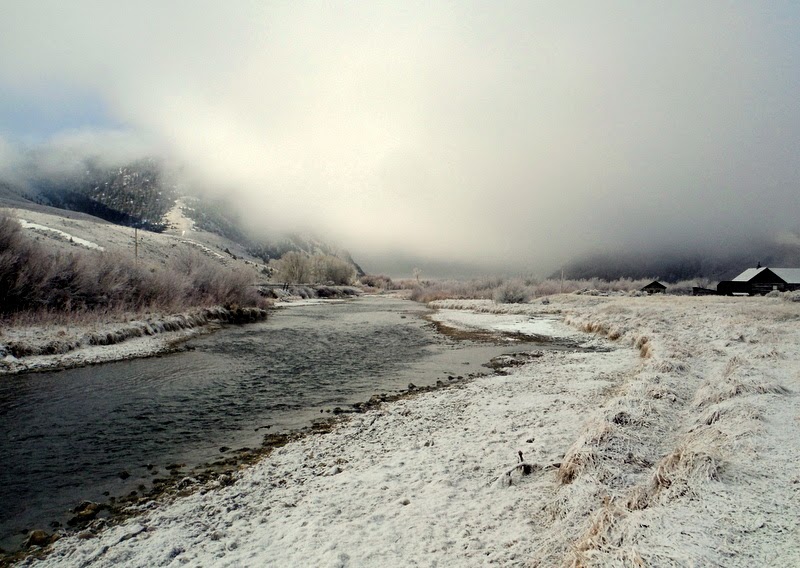 The fog came in as we rolled out of town.  But, the one other constant besides the crap weather was serving up brown zebra midges in size 16.  They caught half of my fish probably.  I also had success on pink soft hackle sow bugs and olive hares ears.  And one of my favorite moments was when I decided to play the dry fly game.  Since I don't do it much, this was very gratifying to say the least. 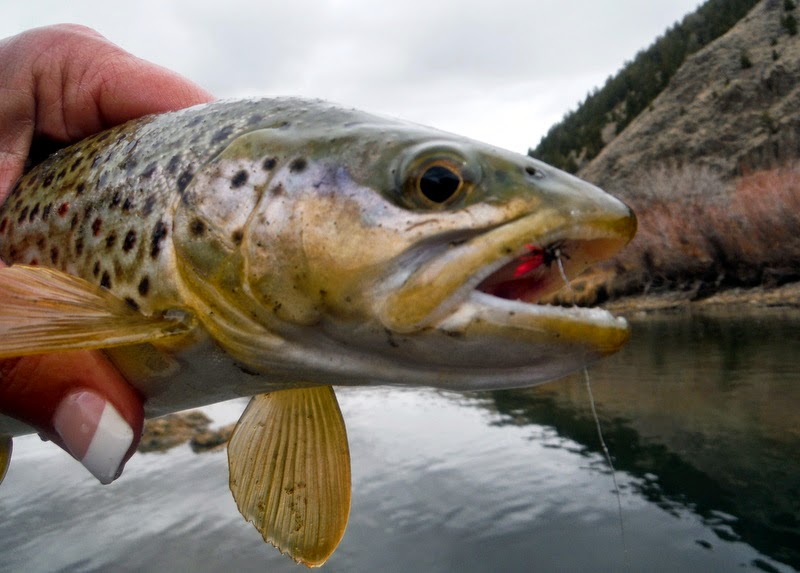 Yes, that would be a high visibility griffiths gnat.  Something that I can see!!!  Only way that I can follow those little bugs...

So, another "Three Amigo" trip is in the books.  Here is a quick recap of the events.  Enjoy in full screen and on 720 p HD (you might have to change it there on the bottom of the screen)... And now to get ready for Fish Tuesday...  = )  No, it never ends.

Posted by THE RIVER DAMSEL at 6:47 AM