Some days are just meant to be.  After a long week of not feeling so good and being in slow motion, I was ready to feel some sunshine on my face today.  I knew that just being on the river would help my spirits, whether I caught fish or not.   The stream was a glistening, clear blue and there were just a few of us enjoying it. And this guy... 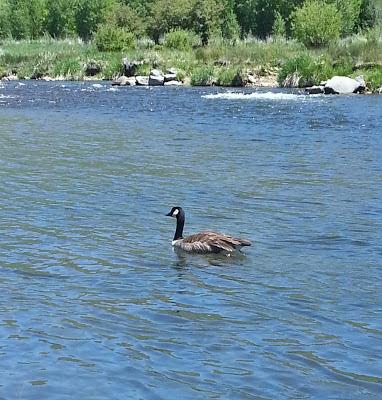 The day started early, as I wanted to fish while it was still cool out.  I wasn't quite sure if the fish would be awake quite yet, but it was worth the try.  As I gazed into my fly boxes, I knew that it would be a caddis/mayfly kind of day.  The first two nymphs were tested for about a half hour.  Not a bite.  Hmmm...  Ok, let's give a special caddis larvae from the Midgeman a try!   What do you think happened next?  Well, duh...  = ) 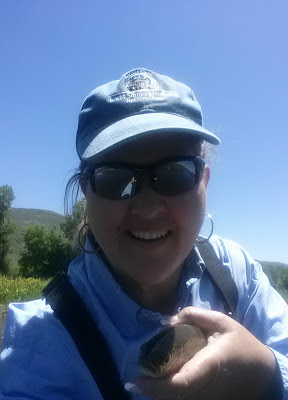 Rod sure ties up some winners!  So, I started fishing section by section as I walked upstream.  The cool air and water felt good.  I felt tremendously blessed to be on the stream today.  How many people get a "Fish Tuesday" anyway?  A few more willing participants followed... 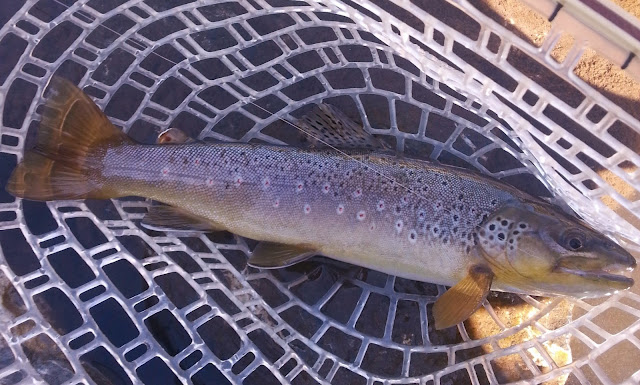 An older gentleman had been following my footsteps as I fished each hole.  As I brought another brown into my net, he came over and asked... "What are you using?  Seems that you are onto something..."  Well, I told him that it was just a caddis larvae and pulled it out of the water.  He went on to say that he had just one catch all morning.  So, I reached into my bag and pulled out a special fly for him to try.  He then offered me to pick something out of his box in exchange.  Now, that was nice... really wasn't expecting anything back.  But, to be courteous, I did.  He came back later to tell me how he liked Mr. Caddis Larvae. 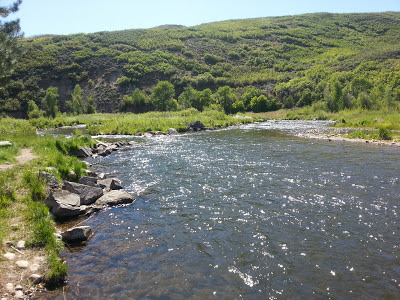 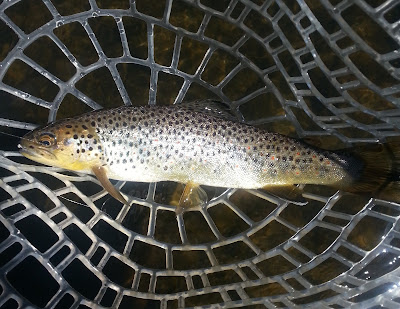 Another angler stopped by to fish next to me on a pretty long run.  Again, it was just my lucky day.  I usually only have a handful of fish when I fish the Middle Provo River.  It is my home water, but it can be difficult for me at times.  My trips to the San Juan, Frying Pan, and the Beaverhead don't help much either!   I get spoiled on these rivers and expect it to be the same when I get home.  But, it is not the same.  The Provo is a Blue Ribbon fishery.   It's just a little harder for me to grasp for some reason.  = )   This angler yelled over to me "nice catch" as I pulled one in.  Again... "What are you using?"  I was feeling so happy, that I reached into my box and pulled out another special fly.  I asked him if he had anything that looked like that.  He opened up his box and he had brighter green caddis, but those weren't the ones that were working.  So, I handed him the winner.  A few minutes later, he had a fish on.  "Thank you, thank you!,  he exclaimed.   I knew that they were in there!  We both laughed.  Yes, they were. 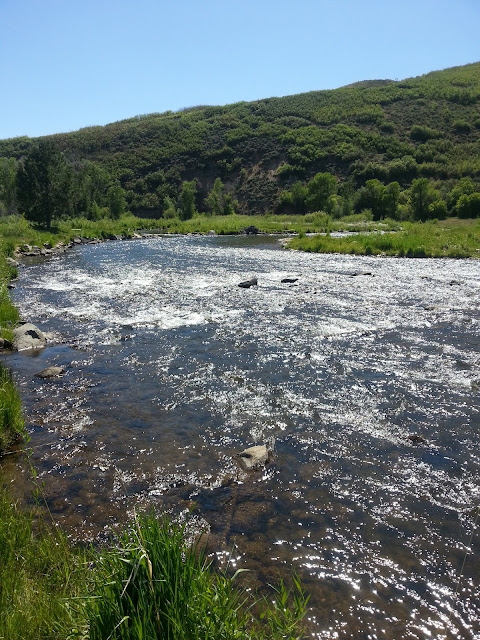 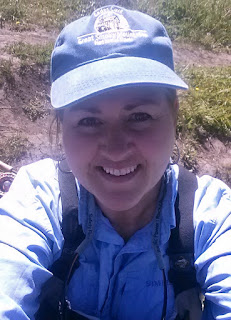 Again, another angler showed up having a slow day.  I don't need to go on...  Every time I gave a special caddis to someone, they had a fish smile rather quickly.  And now I am three or four flies less, but it doesn't matter!  I had a better time seeing those other catches than my own.  Sharing is contagious and builds friendships.  And fly fishing is just an avenue that I know how to give now besides receiving. (Funny how my advice is better than what I actually do! Ha) In our day to day life, we have many opportunities to share our time and talents with others besides on the streams.  I know that I can do a better job in helping others every day.  But today, the little stream was saying to me, "give and give away"!  It was the cure to my aches and pains... = )
Posted by THE RIVER DAMSEL at 8:25 PM