The Postlude ~ The Frying Pan River 2013

Now, where were we?  Oh yes, "The Gathering" had said their fond farewells.  And I lagged behind to fish another day or so... Well, who can blame me?   It was quite a long ride out and I finally had good weather, so the extra time would be nice.  I could have even slept in a bit, but no... I got up at the crack of dawn and headed out.   And where would I start the morning? 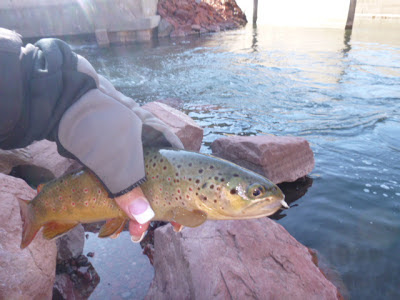 A few friendly browns.  And then I turn around and the fly fisherman that fished with us a few days before had come to try again.  Now, this guy was having a tough time catching a fish the other day.   Dustin had helped him out by giving him some shrimp, which he didn't have in his box.  And now he came prepared from the fly shop with the Mysis shrimp.  I sure hoped that he would catch something! 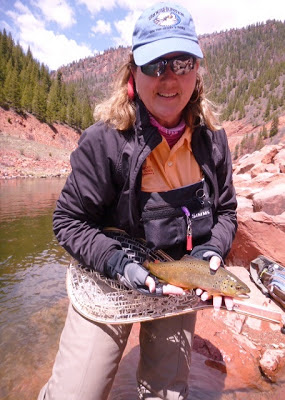 He was a really nice guy.  He offered to take this picture of me.  And after I lost my last shrimp,  he offered me one of his newly bought flies.  Looking at it, I  decided to give him his time to catch something without me bringing one in to make his "sting" of not catching anything any worse.  After chatting a few minutes, I found out that he had only been fly fishing for a few months.  So, I gave him a few tips... (Not that they would help any)  Ha.  Well, about fifteen minutes later, he had one on.  And it was a pretty nice 16-17 incher!   That was a fun moment on the trip.  To see a newbie pull one in!   So, he told me it was my turn, while he put together his line again.  I told him there was one thing that I was still wishing for.   A Big Ol' Rainbow! 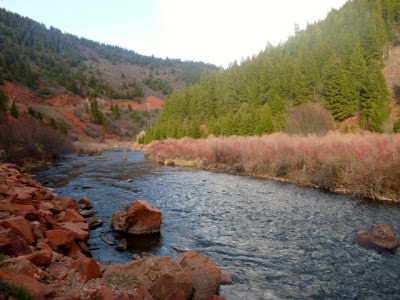 So it was back to other parts of the river.  What a beautiful, scenic tailwater this is. 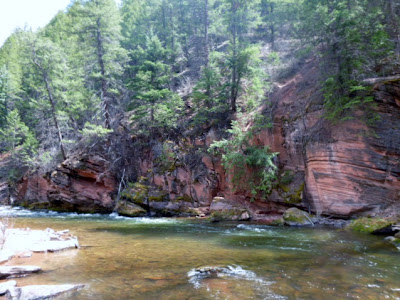 Thanks to my tutorial time on the water the few days before, I enjoyed a spectacular day. 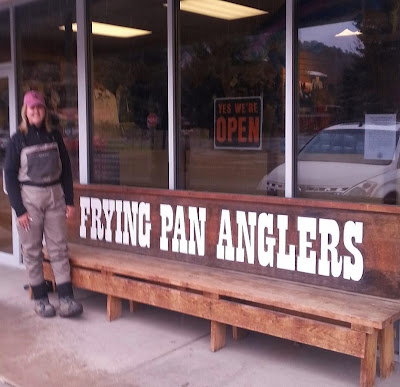 I even had a time out for lunch and another visit to the fly shop in Basalt. 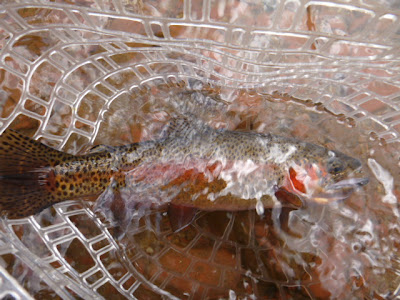 And the afternoon was full of Rainbows... 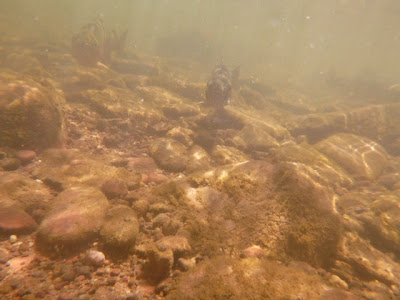 And back to Rainbow Run.  Where fish are at your heels waiting for you to make a step (and no, I was not shuffling...just trying to get away from them!  They knew they were too close to catch!)   So, since I knew where they were in the shallows... I would make my way up to the riffled run and cast down to where they stopped following me in the calmer waters.   Heehee... I'm so smart, eh? 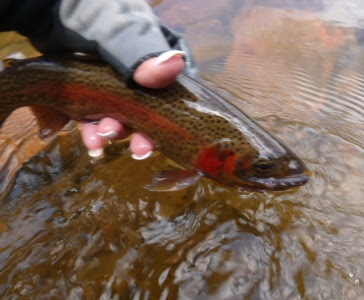 Smarter than they were anyway...  The best kind of fish are dumb fish.  = ) 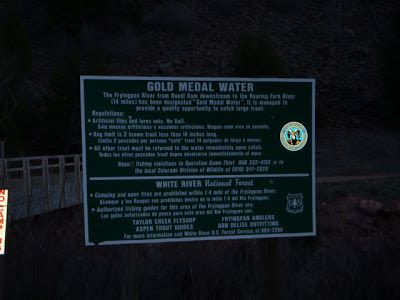 As dusk grew near and I was pretty much the last one out... 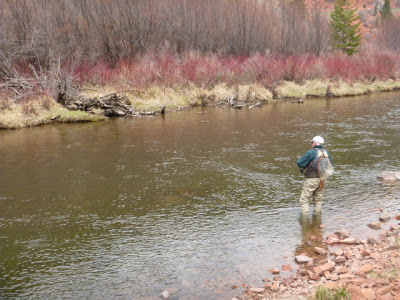 I could only think of the great time I had the past few days.
Learning a special go-to knot from the Midgeman.
And much more fishing knowledge that I would take home and practice with!

Seeing my fly fishing blogger friends was foremost on the trip.  Second, learning and growing with my fly fishing passion was achieved.  And thirdly, I was grateful that I didn't see this... 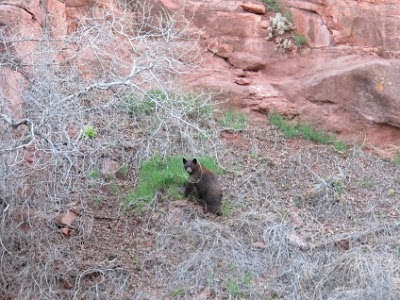 Thanks, Rod.  For not telling me that he was watching me fish one day...
It would have ruined my perfect drift for sure... Lol.

ALWAYS CARRY BEAR SPRAY WHEN IN BEAR LIVING QUARTERS!!
(And yes, I was carrying bear spray with me on this trip)