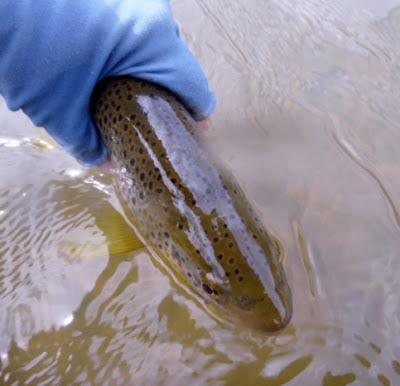 I finally put it to the test.  Would the front of a front in the weather system be my great day on the water?  Recently, I had a guest post by Kerry Almond of Bud Lilly's Trout Shop, regarding the subject of barometric pressure.  I have kind of tetered and tottered on whether this could really be the reason for my light fishing on certain days.  But, with the barometric falling before the storm, I headed out to try my hand at a few, hungry trout.  And what did I find?  A quiet river on top for the most part.  But, active biters down under. 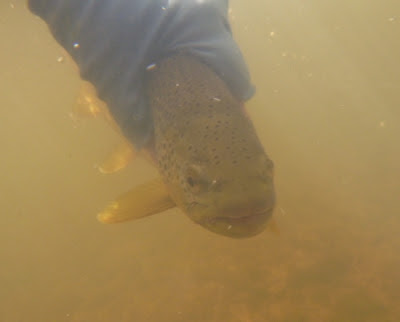 Yep, they were down under... eating my midges, sows and pheasant tails. 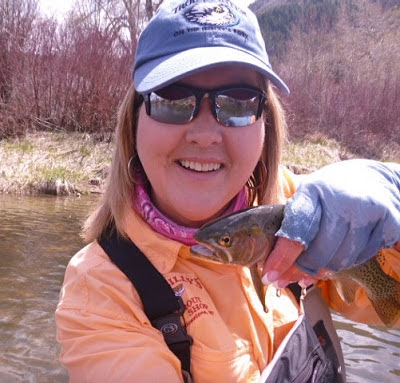 In the beginning, I had four whitefish.  Still looking for the cutthroat that had visited my net the week before.  Oh, there he is!  A little guy, but that was ok.  Then, another four whitefish.  I'm seeing a trend here... 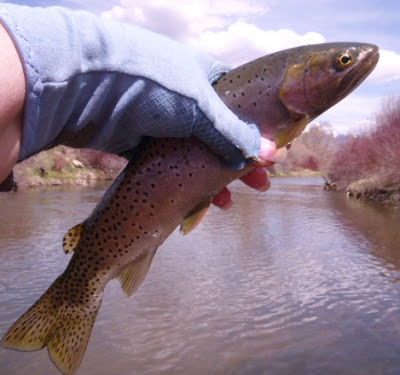 Yay for his older cousin...  A few more spots and a little more color.
I liked him. 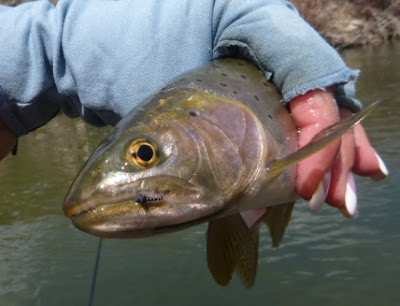 Yep.  Another four whitefish and then another Cuttie.  This was getting ridiculously funny... Well.   Sort of.  I was starting to think that the weather had something to do with it.   That barometric pressure was doing strange things... 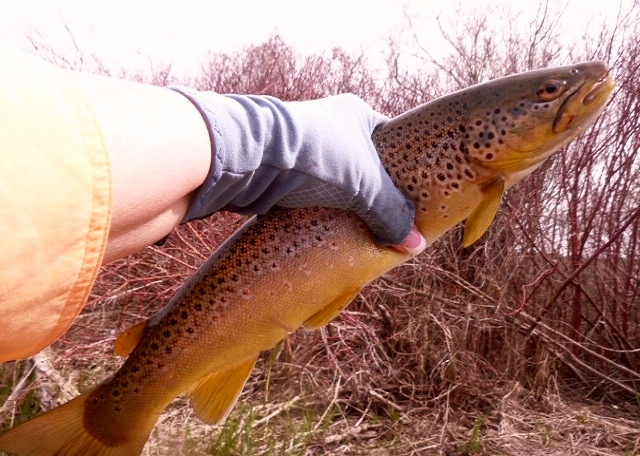 And then it happened... A barometric prize.  Mr. Brown Trout was there after  all.  I hadn't seen a brown all day long in a mostly brown trout river... So, I knew that it was time to go home.  My job was done.  Testing was proven postive.  Falling barometric pressure on the front of a front
has the trout falling too!

Posted by THE RIVER DAMSEL at 4:31 PM

Email ThisBlogThis!Share to TwitterShare to FacebookShare to Pinterest
Labels: Sunday