Last week, Emily's husband, David, received a kidney from his sister. I
pray that all is going well for both of them and that they'll be back
at something resembling normal soon.

Writers often wax poetic about the healing powers of our sport. The
syrup that is poured on the topic would put a six-year old sugar junky
off the thing. But there is something to the notion.
I find that time on the water helps me physically distance myself from
the stressful noise in my life. It's more difficult to stop the mental
machinations and it can take several consecutive days before the
voices in my head turn from work to fly selection and reading water;
eventually my head emerges from hunched shoulders.
Efforts like Casting for Recovery and Project Healing Waters take
folks wounded by chance and by war and introduces them to the things
that most of us find each day on the water. While I'm sure it's not
everyone's game, I bet some wounded find the connection to that
something we all know and move forward.

Last weekend I stood in the sleet and snow in Pulaski, NY. After two
days of Indian Summer, the weather turned to what most know as
typical Steelhead weather.

The morning started out gloomy. Just before the weather turned almost
a dozen anglers stood under gray skies in the run below where Jonny
and I were fishing. Everyone was doing their best to put in the time
when the bite was clearly off. While I didn't feel crowded by the
other anglers, it was clearly different from the normal, solitary
existence of a small steam angler. 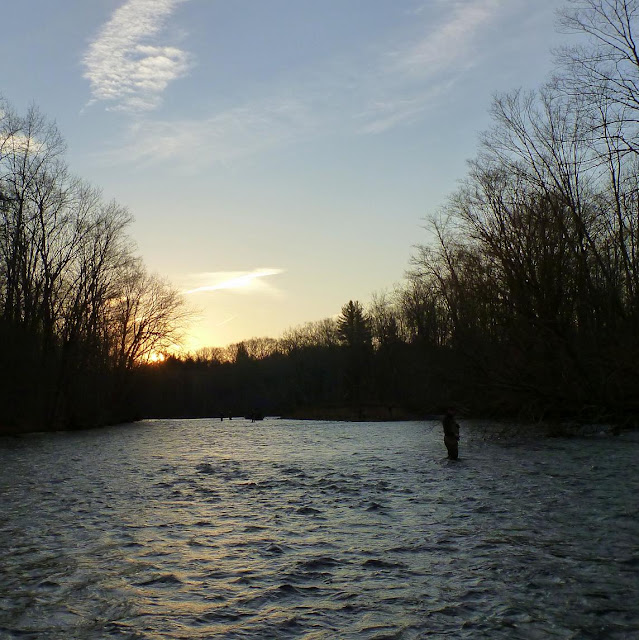 As the weather shifted and the sleet, hail, and snow fell I was
shocked to see the masses scatter. Aren't Steelheaders known for their
hardiness? Within fifteen minutes we had the entirety of the run to
ourselves. Far too much water for one to fish but very pleasing to
have to one's self.

All that was left was the rhythm of the cast, the rush of the water,
and the sound of pelting weather on my jacket. The only thoughts I had
were of fly selection and sensing tension on the line. In the next
hour I caught nothing but released much. If not for the clock running
out on this trip I could have done with a bit more casting and
stepping through the healing water. And I wouldn't have minded another
tug by a fish-shaped, nickel-bright object.

Life is busy right now. Demands both personal and professional seem to
have peaked and there's precious little room for anything else.
Like most of you I will continue to tuck away quick trips to the
water; to find and preserve that something else that exists.

Some days it is just fishing. But mostly, it's something else.

I thank Steve Zakur for being a guest writer today.
You can enjoy more great writing by Steve,
over at sippingemergersdotcom. 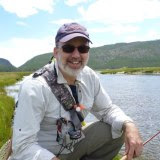 Posted by THE RIVER DAMSEL at 4:32 AM