When The Train Stops...

So, I'm sure that all of you are thinking, has "The RD Adventure Train" finally reached a screeching halt?  Has the time finally come for the Damsel to take a break since her casting shoulder is liguini?  No, no no.  That's not what I'm going to tell you at all.  The adventure train is going strong and rolling into Montana very soon.  But, there was a train that just recently put me at a stand still... literally.

First, I just want to say that I always try to do things the law abiding way.  Second, I try to also use common sense when danger might be involved.  That said, I went fishing Saturday afternoon.  A place that has a railroad track that one must cross to get to the river.  Now, of course I use great caution when I go fish this stretch of water.  There is actually a train that comes through a few times a day.  So, after I stopped at the registration box to sign in with my fishing access number in the log book, I looked both ways twice and headed to find some trout.  Cutthroats and browns would be on the agenda.  And I was supposed to meet my friend, Kelly. 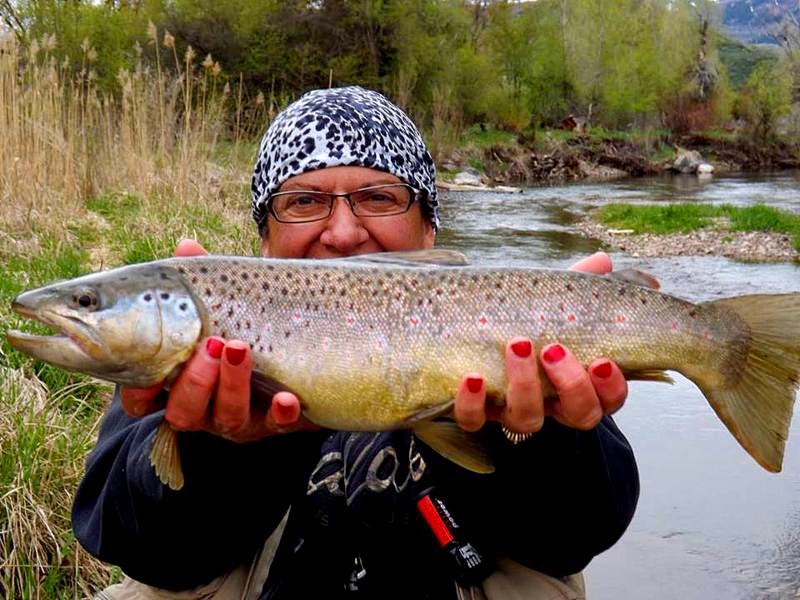 But, Kelly wasn't anywhere to be found.  (She forgot her phone earlier in the morning and couldn't call me about her earlier departure)  So, I went on my merry way and started fishing.  It was pretty good for the first two hours, with my rainbow and grey sows catching most of my fish. 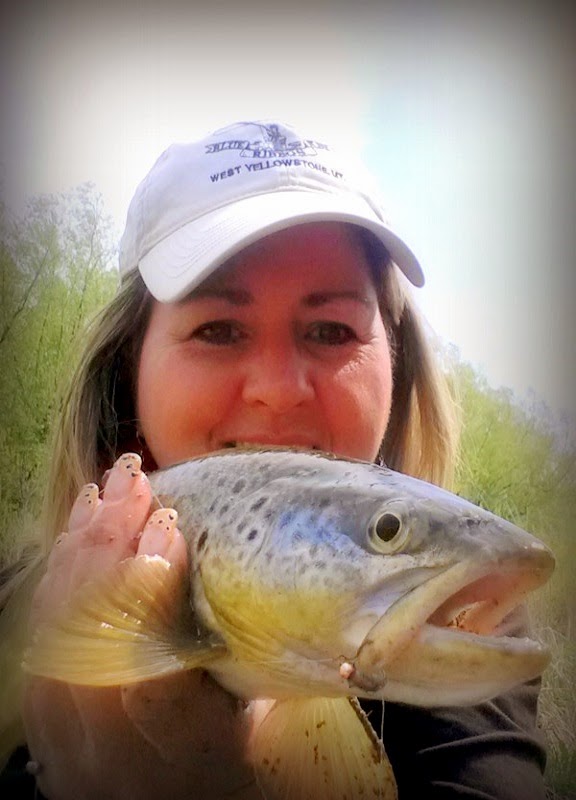 As it got quiet on the catching front, I prepared to go home.  It was almost 7 pm, although still light outside.  As I walked up the pathway towards the railroad track, I looked and saw a train in the distance.  My first decision to make:  I had plenty of time to cross two tracks.  But, what if I lost my balance somehow and I had a fall?  Yeah, I decided to wait.  As the freight cars went by, it seemed as most of it surely was past me.  Then, the wheels got slower and slower and with a final rotation, stopped.  Oh great!  How long would this take?   As it was getting late, I wasn't amused. 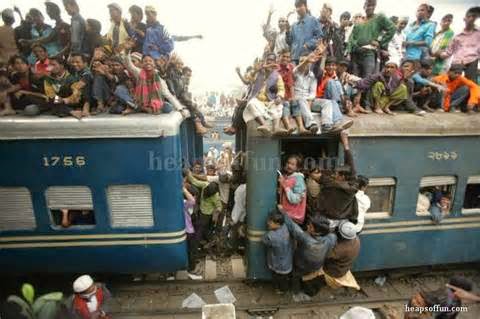 As a few people came up behind me, we considered our options.  While crossing over in between the cars was a little urge within, I just put it out of my mind.  That train could start moving at any time! The other two fishermen (one who resembled Troutrageous Mike, believe it or not), decided to walk back to the river while waiting for the train to move again.  I followed suit.  When trains stop, sometimes you have a half hour or so.  I was happy that I caught another fish... but, after another hour, it was getting a little darker and I wanted to make sure that I crossed the river while I could still see the rocks underneath.  I don't have Owl eyes...  Haha.  The time was now 8:30 pm... So, I decided to head back to the track, even though I could see through the trees that it hadn't moved yet.  Four more people that were fishing arrived at the train. 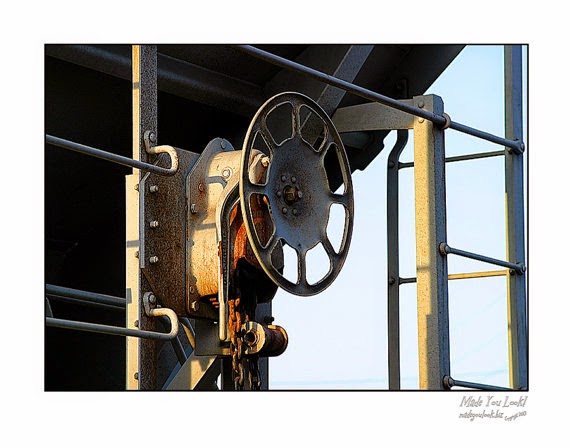 They decided to scale up the ladder and back down between the freight cars.  They told me that I could also do it and it would be "ok".  My gut just wouldn't let me say "yes".  Not just for safety reasons, but there could be legal issues as well.  As I watched them slowly, but surely (???) make it to the other side of the tracks where their vehicles were at, I felt that I made the right decision for me.  I could be patient and wait it out.  But, would it get dark and would I be left with the other two fishermen that were still on the river, to possibly have a run in with an animal of some sort?  (Bear tracks have been seen recently only a few miles downstream)  I looked at the possible end of the train in the distance.  A jaunt down a hillside of rocks would be my way out.  I decided to walk the mile or so, below the stalled train.  As I walked, my feet would slip on the rocks and I would try to keep my balance not to fall into... 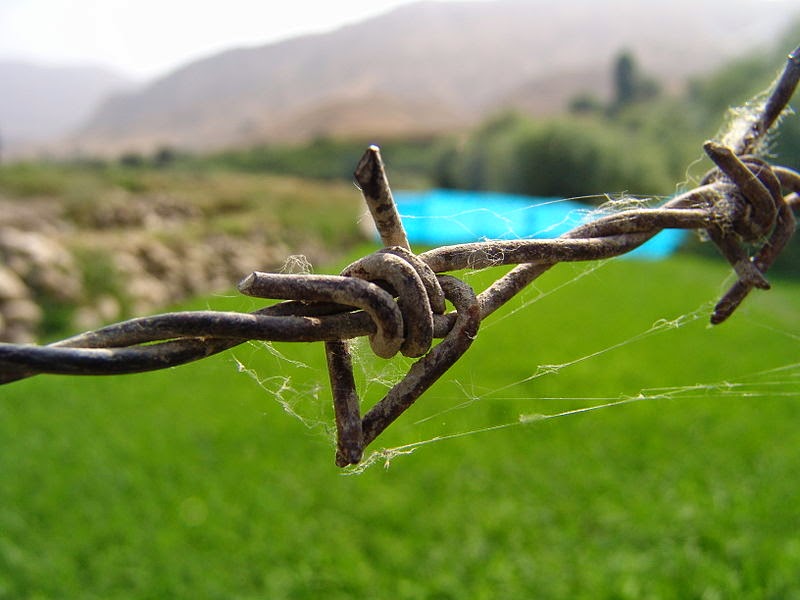 The barb wire fence that was alongside me.  Thank heavens for those fence posts that held it up!  (And me)  It was probably the first time that I didn't mind having a splinter...

As dusk set in, I could see the last few box cars in front of me.  Yay!  Several hours later, I was going home!  I would be able to cross the track safely and walk back down the frontage road to my car that I left behind.  I couldn't believe my ears.  I heard the train revving up as to tell me... "RD, hope you had a nice walk!!"  The wheels turned and slowly, the train started down the tracks.  I shook my head in disgust, but had a grateful heart that I didn't take any extra chances.  The other two fishermen were already at their car when I finished my walk down the dusty trail at 9:30 pm.

Yup, maybe it's time to find a new fishing hole. 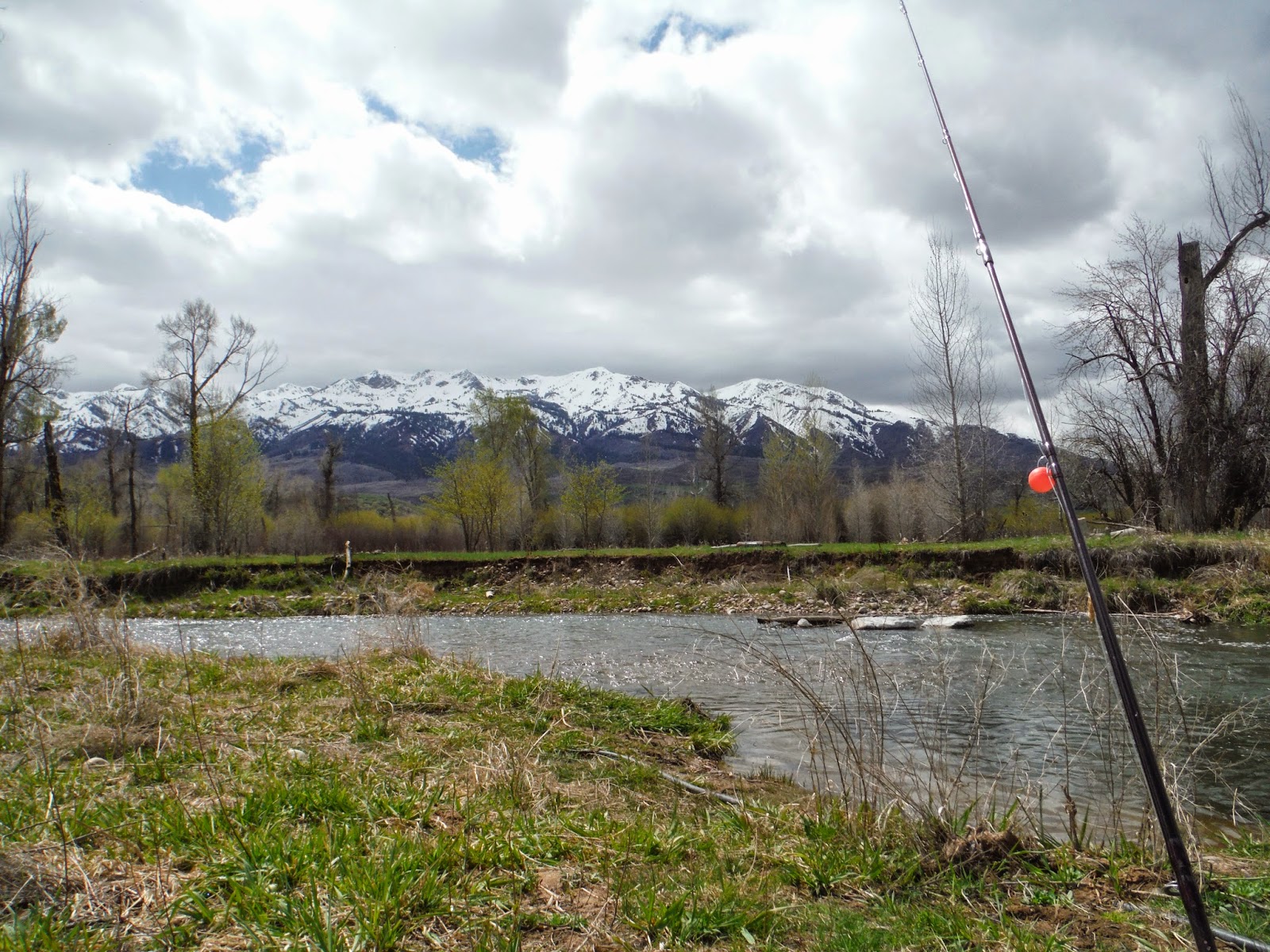 I just don't want to explain why I came home so late again...

Be safe out there, my friends!
And find accessible places to fish that might not have a stalled train between you and your ride home...  = )

Oh, and bring an extra phone battery, just in case
you need to call 911.

Posted by THE RIVER DAMSEL at 8:11 PM